After 20 years of teetering on the brink of bankruptcy due to pension underfunding (leading it to be called “Enron By The Sea” by the New York Times), the City of San Diego was in dire financial straits. A citizen-initiated pension reform ballot measure, Prop B, successfully qualified via citizen initiative for the ballot.  Prop B opponents raised significant money with a large portion coming from pro-union interests. Opponents aired radio ads stating people who signed petitions supporting Prop B would have their identity stolen. Labor unions attempted to taint petitions with fraudulent signatures. 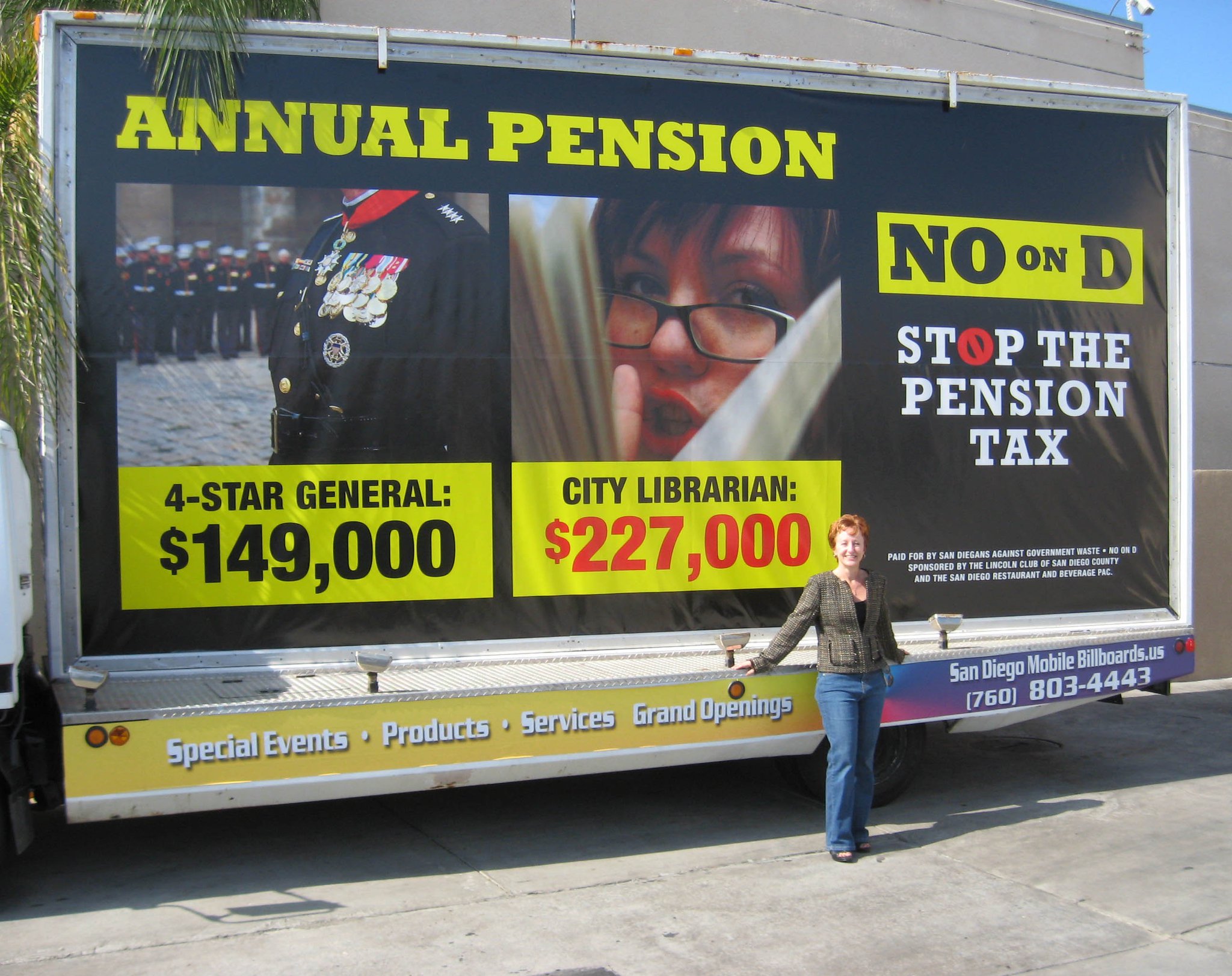 Falcon Valley Group directed earned and social media outreach for the Prop B campaign team. In conjunction with polling firm Competitive Edge Research, FVG and Competitive Edge tested message and spokesperson strength among voters and created a campaign with the highest performing results through earned media, debates, and forums matching appeal to the target audiences. FVG created a pension comparison between a four-star Marine Corps general and the top pension for a City of San Diego librarian, well above that of the general. When the campaign was unable to find billboard space for its display ad, it put the billboard aboard a truck, driven on San Diego’s streets and freeways. It gained significant earned media. The campaign then produced a video spot ad based on the successful billboard. With no budget for a media buy, the ad “debuted” on a massive video screen at an outdoor campaign rally. The campaign received significant exposure for the ad’s debut through resulting earned media coverage.

Prop B passed by a 65 percent to 35 percent margin. Most voters cited “The general and the librarian” in independent surveys.